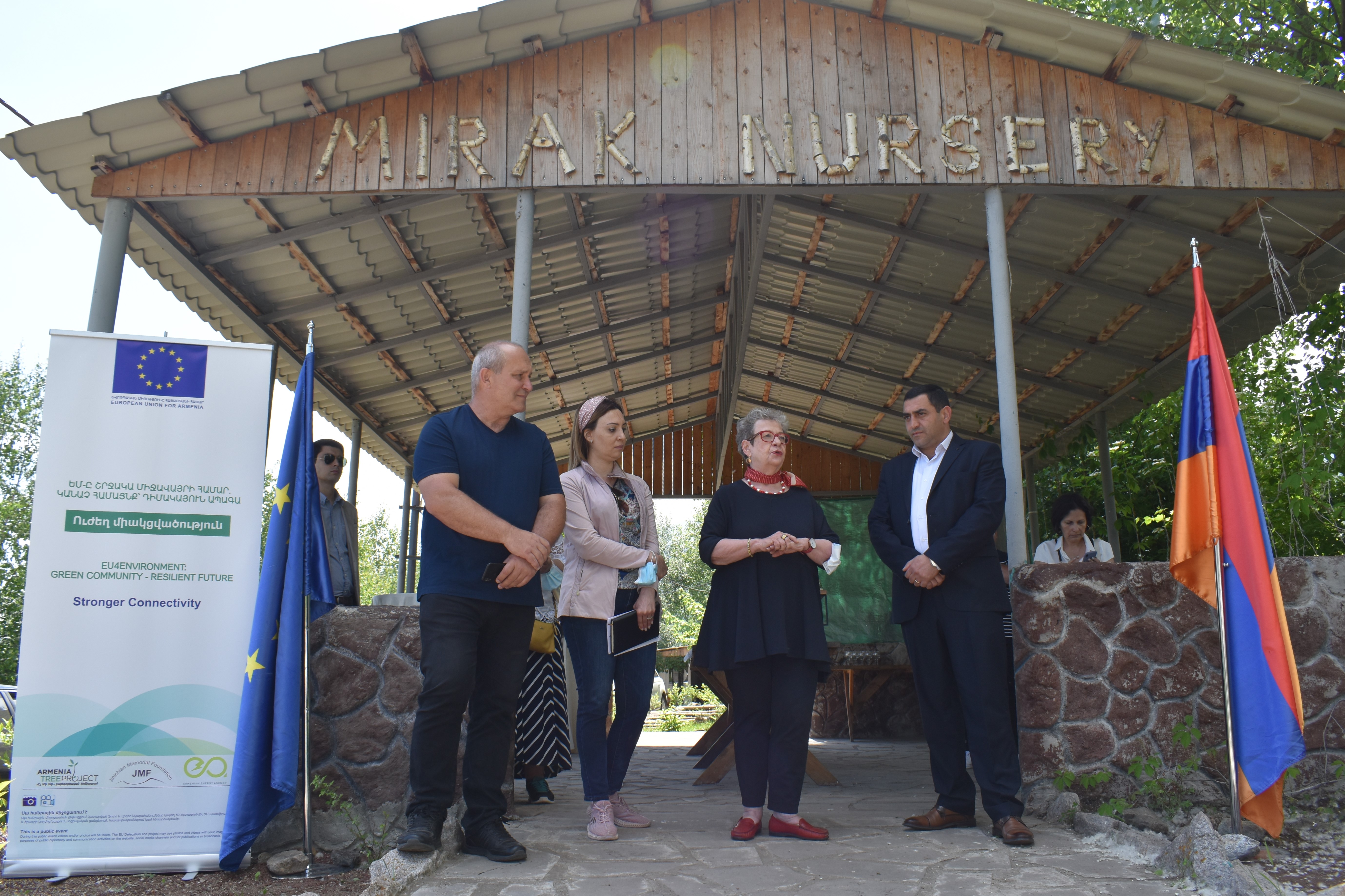 At the Mirak Family Reforestation Nursery in Margahovit, Lori

On June 5 the EU Ambassador to Armenia Andrea Wiktorin officially launched the project entitled "Green community - resilient future" in Margahovit village, Lori. The opening ceremony was attended by the Deputy Governor of Lori region Gor Asryan, representatives of the EU Delegation to Armenia, the Head of Margahovit community Samvel Ananyan and representatives of the implementing organisations.

The official launch took place in Margahovit village, where Armenia Tree Project has been active since 2006, when it established the Mirak Family Reforestation Nursery. Ambassador Wiktorin planted a tree at the Nursery to signal the official opening of the project and to mark World Environment Day.

“Actions on climate change, environmental protection and sustainable development are at the heart of the European Green Deal and are among the main priorities of the EU-Armenia Comprehensive and Enhanced Partnership Agreement. We are convinced that going green is at the center of economic recovery, hence the eagerness of the European Union to continue supporting in Armenia biodiversity conservation, climate change adaptation, renewable energy, sustainable waste management and other environmental projects,” highlighted Ambassador Wiktorin.


The planting was followed by a tour of the Ohanian Center for Environmental Education, the Charles G. Bilezikian Greenhouse, the Hrant Dink Memorial Forest, Margahovit Secondary School and one of the Backyard Nurseries run by a local family. Guests were also pleased to learn more about the environmental educational programs directly from young beneficiaries of ATP’s local Eco Club.

The three-year program will produce the following benefits:

Lori Deputy Governor Gor Asryan stressed the importance of environmental conservation programs and reaffirmed that the government and Lori Regional Administration are ready to make every effort to implement such initiatives. The replenishment of the forestry fund, the process of reforestation and afforestation are of primary importance. Therefore, the Deputy Governor expressed hope that the successful cooperation throughout the years will be continuous and effective for the development of the communities and the region.

EU4Environment: "Green community - resilient future" was launched on March 1, 2021 in Armenia, and will go on for 36 months.