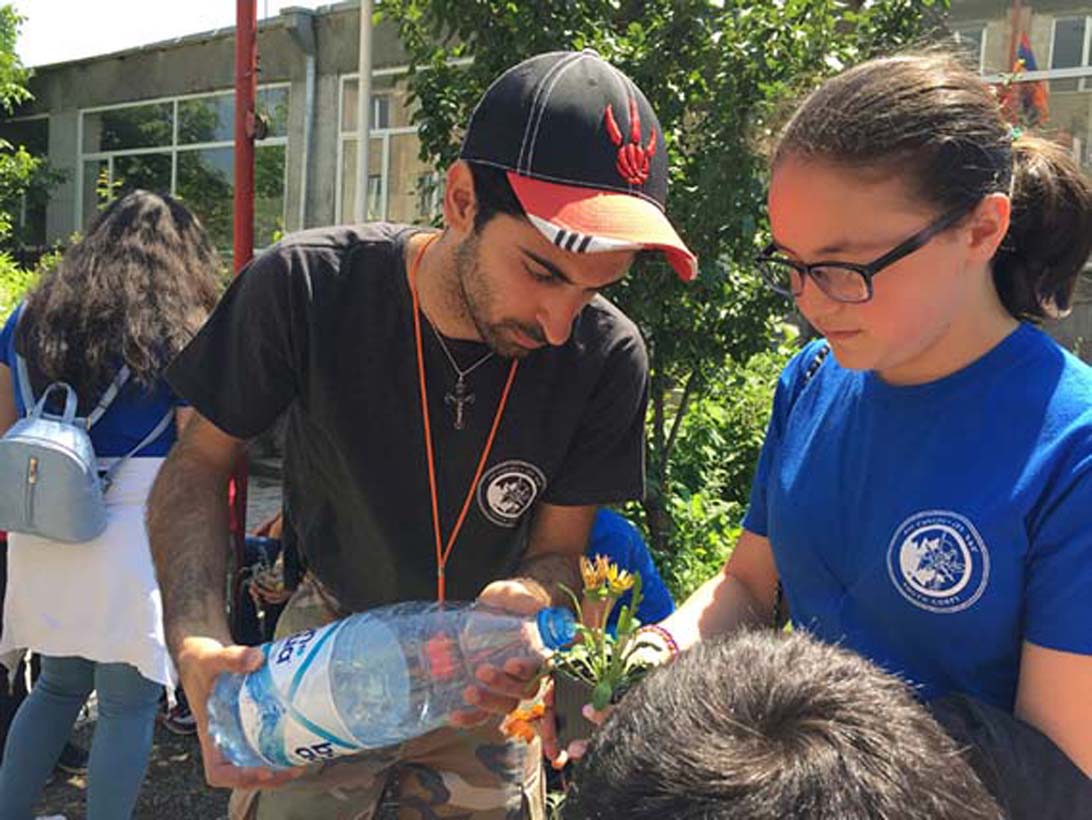 Armen Poladian is one of ATP's volunteer ambassadors from Cambridge, Ontario. He got involved with ATP for two noble reasons: love and respect for his motherland, and love and respect the planet.

"The fundamental idea of leaving the planet in a better state than we found it engulfs me," explains Armen. "People often sacrifice environmental sustainability because of greed or a lack of education. A sustainable future promises healthy and prosperous generations to come, and for our children’s children, I really want that for Armenia, and frankly for the entire world."

In 2016, Armen dedicated his 25th birthday to ATP, asking friends and family to donate toward his goal of raising $2,000 to support the planting of 100 trees in Armenia. Armen met and surpassed his goal! "I was beyond proud and humbled to have inspired a group of people to share my passion about ATP," he recalls.
Last summer, Armen took things even further. He was in Armenia as one of the volunteer leaders of AYF Canada's Camp Vanadzor. Armen partnered with ATP to introduce environmental education to the summer youth program. ATP prepared small potted flowers that were presented to the campers, and Armen gave them a brief lesson about caring for plants and the importance of nature.

Armen works for an environmental not-for-profit in the Waterloo Region. He earned a Bachelor's degree in Environmental Studies from the University of Waterloo, and is active in climate change and environmental protection issues. He is also a filmmaker, who discovered his interest in storytelling during his final year of high school. He has completed four short films, with three consecutive world premiere screenings at the Pomegranate Film Festival in Toronto.

Join Armen in helping leave this world better than we found it by becoming an ATP Ambassador today.