Urban Forests Provide a Multitude of Benefits, and ATP’s Long-Term Monitoring Data is ‘An Extraordinary Resource’ By Guy Hydrick 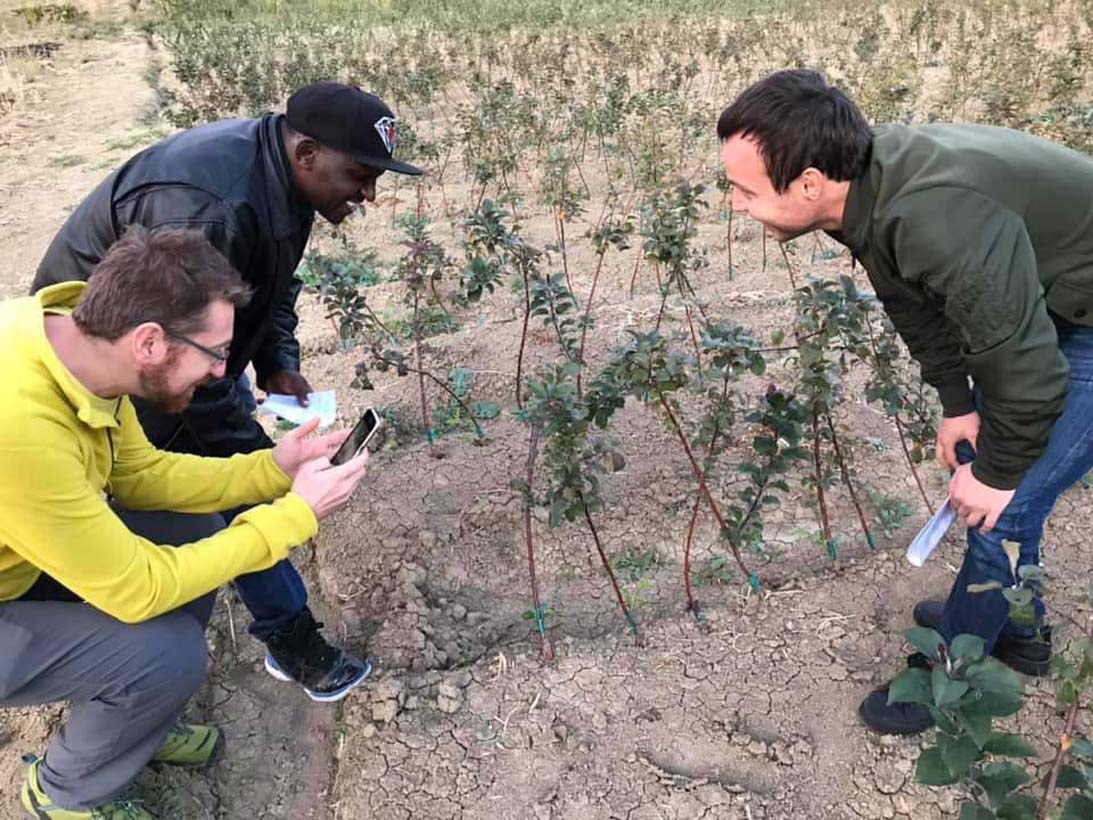 Forest Cover in Armenia through History

Information on the history of forest cover in Armenia, especially local or regional studies (as opposed to information derived from global studies), is relatively scarce. Paleoecological data suggests that the Lesser Caucasus have been prone to regional-scale climate changes between arid and moist periods, which affect fire regimes and limiting factors for vegetation.

Deforestation in the Lesser Caucasus began between 2000-3000 BC due to both climatic and human impacts. Estimated forest cover from 4000 BC-1 BC was around 35% of the area of present-day Armenia, decreasing to around 18% by the 17th and 18th centuries. Forest cover reached an estimated low of 8.1% during the Soviet era, increased to 11.2% by 1988, and declined again to 8.2% in 2000 according to a 2005 paper by Moreno-Sanchez and Sayadyan. Deforestation in and around towns account for some of this recent period of forest loss. Following the Spitak earthquake, the collapse of the Soviet Union, the war with Azerbaijan and the subsequent blockade by Azerbaijan and Turkey, pressure on forest resources in and around towns and cities increased dramatically.

Emergence of the Armenia Tree Project

Armenia Tree Project (ATP) was founded in 1994 by Carolyn Mugar after she witnessed thousands of families cutting down trees to heat their homes during the winter of 1992. ATP’s mission is to “assist the Armenian people in using trees to improve their standard of living and protect the global environment.” Its aims are both forest restoration and sustainable development, and ATP employs over 150 workers annually. ATP’s major programs include a forestry program, aimed at restoring wildland forests, and the Community Tree Planting (CTP), which focuses on planting trees in and around settlements of all sizes. In 2004, ATP began an education program aimed at fostering environmental awareness both in Armenia and among the Armenian diaspora.

Since its founding, ATP has planted 6 million trees at sites throughout Armenia, including over 1 million in the CTP program. Over 18,000 trees were planted the first year, with an average of just under 30,000 trees planted annually for the first decade of the program. Between 2001 and 2003 the number of plantings per year roughly doubled to average nearly 60,000 trees per year since then. Initially, the plantings focused on community land in Yerevan, but as planting opportunities became saturated ATP began expanding to other communities. There are now over 400 communities that have received trees from CTP, many of which have participated in numerous planting seasons.

ATP plants trees from various native species, including many fruit trees, which provide fruit and/or extra income from the sale of fruit to families who own the trees. Trees are provided by ATP owned and operated nurseries, which also function as educational centers. ATP continues to focus plantings on community land, though they have also started the Backyard Nursery Program in which saplings are raised on private property by households with low income, who then are able to sell the trees to ATP.

Survival and Success of Plantings

In addition to plantings, ATP works to ensure a high survival rate of their trees, which “requires an understanding of the land, the opportunities presented by new technologies, and the challenges presented by climate change.” Tree survivorship is paramount because mature trees provide the most benefits to the community. For planting programs to be successful, more new trees must be planted than those that die so that there is net population growth. However, trees planted in cities and towns are said to have high mortality rates, something which recent research has supported.

A meta-analysis by Roman and Scatena in 2011 found 16 studies since the late 1970s that have examined street tree mortality and survivorship rates in urban planting programs. They estimated average annual survival rates to be between 94.9 and 96.5% and mean life expectancy to be 19-28 years based on the aggregate results of the 16 studies, though variability was high.

Based on the July 2017 version of ATP’s database, their aggregate annual survival rate is 96.3%, with a mean aggregate life expectancy of 26.5 years. While existing studies of tree survival in planting programs is heavily biased towards North America (and to a lesser extent Western Europe), this preliminarily suggests that trees planted by the Community Tree Planting program of the Armenia Tree Project have a very good survival rate.

In response to the challenges already faced by urban and community forests and potential future threats, and because of the myriad benefits provided by trees, planting programs have become widespread globally. These programs can take on various forms from small grass-roots volunteer programs to large, well-funded programs. These programs are also often accompanied by ambitious goals stated in terms of tree canopy or numbers of trees planted. Notable examples include the NYC and LA million tree campaigns, which have garnered much attention.

Over its 25-year history, ATP’s CTP program of ATP has already planted over 1 million trees in communities around Armenia. All of the trees are monitored annually by four full time inspectors and are tracked in an Excel database.

This dataset is an extraordinary resource, which constitutes a larger sample of tree mortality than collected by any previous study (in Roman and Scatena 2011) by several orders of magnitude.

US Forest Service researchers have expressed the need to partner with urban and community forest managers, who may maintain records far more extensive than scientists can practically obtain by sampling. More importantly, they have called for more longitudinal studies, which can be facilitated by long-term program data.

The data maintained by the Armenia Tree Project provides just such a resource and presents an excellent opportunity for research and collaboration with an exceptional and well-established urban and community forestry program, and in a region not well represented in this body of literature.

Guy Hydrick is a PhD student in Geography at Clark University and currently holds a Dolores Zohrab Liebmann Fellowship. His research interests include urban and community forestry, tree survival, canopy assessment, and Geographic Information Science, and he has worked with GIS and environmental planning in municipal, county, and state government positions in the US.