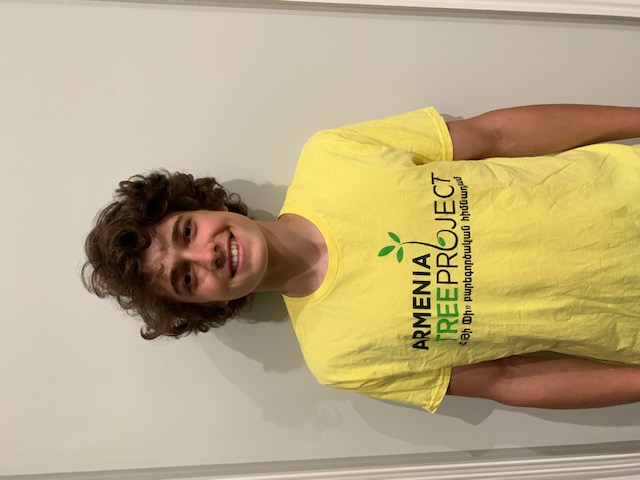 John Aslanian is a high school senior with Armenian-Swedish roots from Guilford, Connecticut. John and his grandmother both celebrate their birthday’s on June 26th, and he wanted to do something special to honor his grandmother’s 75th birthday this year.

In honor of their birthdays, John decided to host a fundraiser for Armenia Tree Project.

John and his grandmother heard about ATP through Gloria’s friend. Her friend’s grandson, Harry Bonomo, also held a fundraiser for ATP!

As an Eagle Scout and as a student interested in pursuing a degree in environmental studies in college, John began doing his own research on ATP and was excited to learn more about the organization’s initiatives that help prevent climate change.

He was particularly interested in the Backyard Nursery Program because, “It promotes self-sufficiency in rural villages.” John believes ATP’s reforestation efforts, especially involving members of the community, are crucial to the negative effects of deforestation in Armenia.

He plans to continue to fundraise for ATP and educate his peers, including non-Armenians, whom he had reached out to during his fundraiser.

“It’s very important to protect the environment, especially in places that need it, “ John said. “This organization does a great job in planting trees and forests, but also in helping families and communities, and therefore directly impacting individual lives. I am proud to be involved with ATP.”