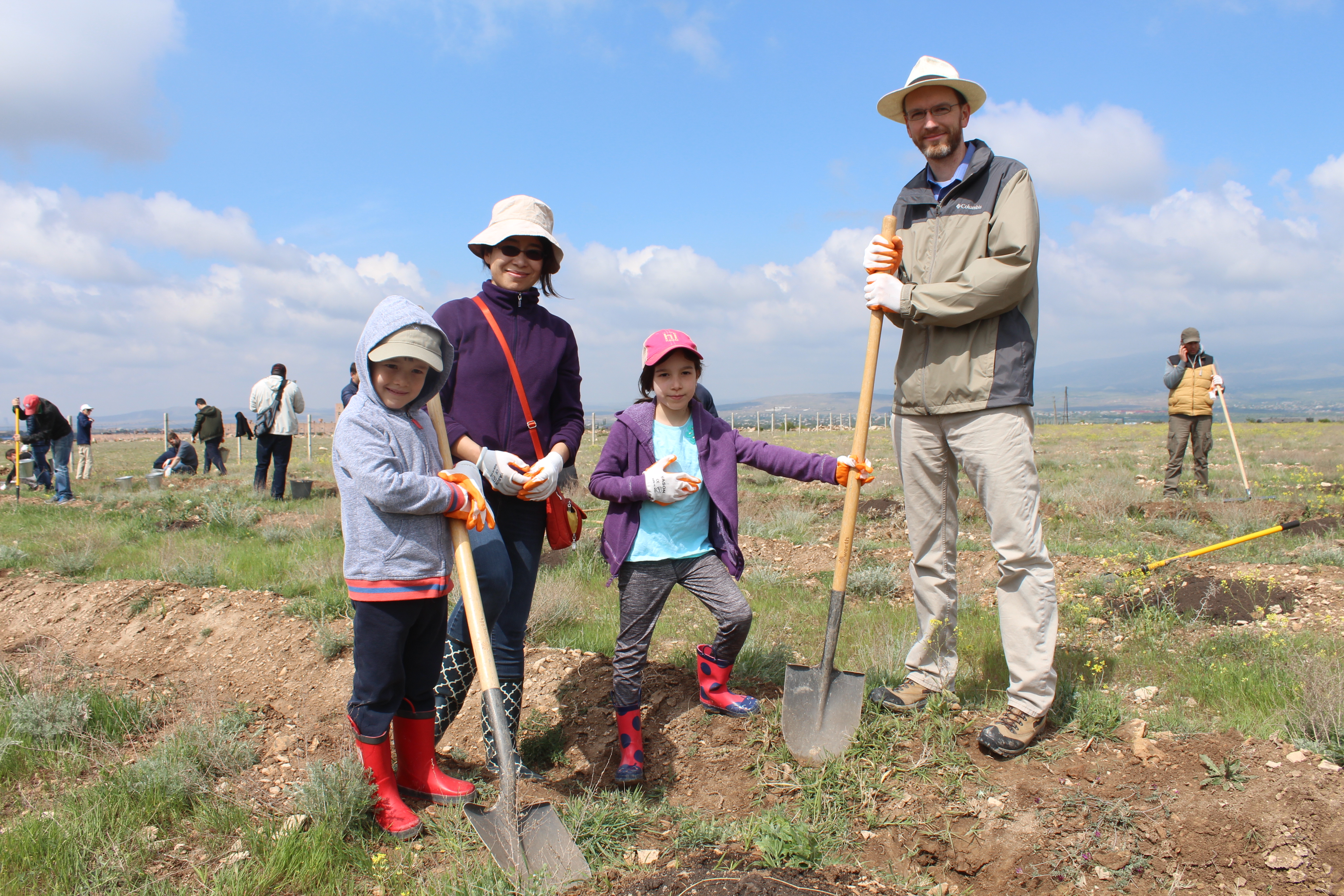 Planting in ATP's Ashtarak Park with the US Embassy's Green Team

The importance of rejoining this landmark agreement

The Paris climate accord is a landmark international agreement signed in 2015 by 189 countries to limit global warming. Under the agreement, countries commit to decreasing greenhouse gas emissions every five years. The U.S. had initially joined the accord under the Obama administration, and had pledged to cut its emissions by 26 to 28 percent by 2025. The Trump administration had abandoned the agreement late last year.

In his campaign, President Biden set an ambitious goal of ensuring that the U.S. achieves net-zero emissions by 2050. The administration’s urgency to contribute in combating global climate change comes after record-breaking atmospheric carbon dioxide concentrations seen in 2020.

“While Armenia, together with many other small developing nations, relies on the biggest polluters of the world to make the right commitments and curb emissions, it must also do its own ‘homework’ and not only mitigate its own emissions (which are only 0.02% of the global total) but also adapt to the changing climate…”

For the past 26 years, ATP’s mission has been to utilize tree-planting initiatives to help curb carbon emissions. Simply put, trees help slow down climate change by removing carbon dioxide from the air, storing carbon in the trees and soil, and releasing oxygen into the atmosphere. In 2019, Armenia committed to doubling its forest cover by 2050, a task ATP has spearheaded with its years of experience and native seedlings.

Significantly, ATP’s programs have had a substantial economic impact by empowering community members, primarily rural villagers in Armenia. As a result of the Artsakh war and global pandemic, labor migrants were unable to travel outside of Armenia for work, and many resorted to illegal logging, fishing, and hunting to sustain themselves. In 2020, ATP provided over 150 seasonal jobs to rural villagers to help limit these actions, and provide critical socio-economic aid to the most vulnerable groups.

“ATP welcomes the Biden Administration’s willingness to tackle environmental issues,” said ATP Executive Director, Jeanmarie Papelian. “The US has always been at the forefront of innovation and we are eager to see new and creative approaches to tackling climate change. In the meantime, our organization will continue to provide its expertise, skill, and knowledge to our homeland, so that our small country can continue to contribute in the global battle against climate change.”